The most popular names in transactions show that women, millennials, and Hispanics are shaping up as dominating forces in the housing market, according to a new analysis from realtor.com®. Ten of the top 20 and seven of the 10 fastest-growing buyer first names are mostly millennial female names, researchers found. Home deeds that contained predominantly millennial first names rose 5.3 percent year over year. Home sales associated with traditionally Hispanic first names increased 4.1 percent year over year.

Hannah, Austin, Alexis, Logan, and Taylor—three of which are predominantly female names—were the five fastest-growing first names on home sales deeds in 2018. Their frequency saw an average increase of 22 percent from 2017. However, the first names of Michael, John, David, James, and Robert remained the top five first names on sale deeds by sheer volume, but those names have decreased 3 to 5 percent since 2017, according to the study.

“First names associated with women—especially millennial women—saw a significantly faster level of home sales growth in 2018, giving us a sneak peek of homeownership trends in 2019,” says Javier Vivas, director of economics research at realtor.com®. “Hispanics and millennials’ names overall also saw a surge in home purchases last year. If these buyers can continue to break through the affordability barrier, they are likely to make up a larger share of owners than ever before and dominate the market for years to come.” 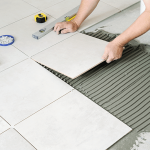 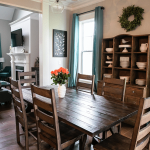