Homes decorated in the farmhouse style—think industrial-sized sinks, cabinetry fronted in chicken wire, and sliding barn doors—are quickly gaining favor with potential buyers and selling for significantly more than properties in other styles. Listings with descriptors such as “barn doors,” “exposed beams,” and “free-standing tubs” tend to fetch prices up to 30 percent higher than other homes, according to research from RealEstate.com. A listing that boasts a “farmhouse sink” in the entry-level and luxury price points could see a 26 percent and 16 percent premium, respectively.

Learn how to stage the farmhouse style.

Chip and Joanna Gaines, former hosts of the HGTV show “Fixer Upper,” are widely credited for making farmhouse decor mainstream. The Wall Street Journal dubs the trend “farmhouse fever.” “‘Urban farmhouse’ is a safe choice that appeals to a wide audience,” Lisa Gabrielson, an interior designer in Johns Creek, Ga., told the Journal. She says 90 percent of her new projects have a farmhouse style. 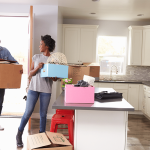 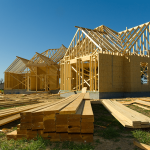