Realtor.com®’s February data release reveals that the U.S. housing market continued to tighten as the inventory of for-sale homes continued to evaporate and home prices rose. However, it remains to be seen if new concerns about the spread of the Coronavirus domestically will dampen what is shaping up to be a competitive home-buying season.

The total number of homes available for sale continues to decline at an accelerating pace. Nationally, inventory decreased 15.3 percent in year-over-year in February, a faster rate of decline compared to the 13.6 percent year-over-year drop in January and the largest year-over-year decline since realtor.com began tracking inventory data. This amounted to a loss of 184,000 listings compared to February of last year, and inventory is now at its lowest since realtor.com began tracking in 2012. The volume of newly listed properties in February has also declined by 2.7 percent since last year, although an improvement to the 10.7 percent decline seen in January.

Housing inventory in the 50 largest U.S. metros declined by 16.3 percent year-over-year in February, a boon for sellers who will draw more attention to their properties, but adds to homebuyer struggles. The metros which saw the biggest declines in inventory were Phoenix-Mesa-Scottsdale, AZ (-42.7 percent); San Diego-Carlsbad, CA (-36.6%); and San Jose-Sunnyvale-Santa Clara, CA (-36.2 percent). Only two of the 50 metros saw inventory increase over the year: Minneapolis-St. Paul-Bloomington, MN-WI (+12.2 percent); and San Antonio-New Braunfels, TX (+2.6 percent). 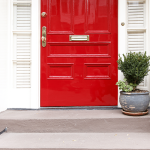 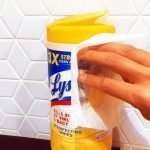