Many homeowners and buyers in flood-prone areas will see higher flood insurance premiums starting April 1. The premium hikes, which are required by law, will be as little as 2 percent for some properties and as high as 24 percent for others. On average, the increase will be about 8 percent.

“The National Flood Insurance Program requires premiums to rise on certain classes of properties over a period of years until they’re paying the full actuarial rate on their risk,” say analysts with the National Association of REALTORS®. “The 8 percent average increase is right in the range of increases for the last couple of years, so there’s nothing unusual here. It’s just the standard rate increase.”

Under the change, the rate for a primary residence in an area deemed by the government to be a flood hazard will rise by 5 percent on average. That applies to so-called pre-FIRM properties, which are properties built or substantially improved before 1975 or before the initial Flood Insurance Rate Map was issued for the area by the federal government. Pre-FIRM properties that are second homes or used for business will see higher increases, possibly close to 25 percent. Those sharp increases have been in place since 2012. 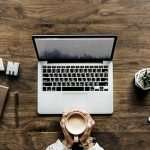 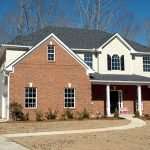