American homeowners are nearly seeing eye-to-eye with appraisers who are assigning a value to their home. In March, appraisal values were an average of 0.36 percent lower than what homeowners expected, according the Quicken Loans National Home Price Perception Index (HPPI).

Owners estimate their home’s value at the beginning of the mortgage process. Then, later in the process, an appraiser provides their opinion of the home’s value. As the country’s largest mortgage lender, Quicken Loans is well-positioned to compare these two data points in the HPPI, providing a current picture of the housing market and how it’s perceived.

The National HPPI found that appraisals in March were an average of 0.36 percent lower than what homeowners estimated. This is an improvement from February when appraisals lagged behind owner expectation by 0.53 percent. Additionally, more than 80 percent of the metro areas reviewed in the HPPI showed appraisals at, or higher than, the owner’s estimate.

“This month’s HPPI is great news for homeowners who may be thinking of selling their home, or using some of their equity,” said Bill Banfield, Quicken Loans Executive Vice President, Capital Markets. “Not only are owners’ and appraisers’ views of the housing market getting closer together when looking at the nation as a whole, but homeowners in many major areas are building equity at a rapid pace.” 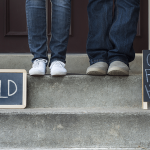 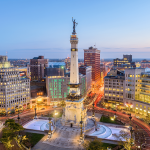