Mortgage Rates Are at Nearly 50-Year Lows. How Much More Could They Fall?

One of the few bright spots in the coronavirus/stock market panic is that mortgage interest rates have fallen to their lowest levels in nearly 50 years, lower than during the Great Recession. That’s quite a windfall for home buyers, as well as for homeowners hoping to cut down on their monthly loan payments. And yet, some are wondering whether rates could go even lower. After all, who wants to leave money on the table?

Real estate experts are divided on whether rates will continue to decline. Some believe they’ll dip into the low-to-middle 2% range. Others say rates have already bottomed out. And some believe we’re in such uncertain times—with a potential recession looming—that there’s no telling in which direction rates will head next.

“We’re in uncharted territory, so you can’t look to history as a guide to what could happen. It’s hard to predict how mortgage rates will react,” says realtor.com’s chief economist, Danielle Hale. “I don’t think they’ll go up until it’s pretty clear we’re out of the woods. They might move sideways, or they might go down more slowly.”

The average 30-year fixed-rate loan was just 3.29% as of Thursday, according to Freddie Mac. This is the lowest it’s been since Freddie Mac began tracking mortgage interest rates in 1971.

Even a small change can add up quickly. Folks can save about $159 a month this year compared with last on a 30-year fixed-rate loan for a $300,000 home on which they put 20% down. That’s because this time last year, rates were at 4.45%. That’s more than a full percentage point higher than this year. And this year’s rate can save buyers or homeowners refinancing more than $57,000 over the life of their 30-year mortgage. 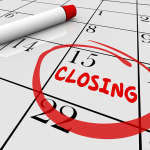 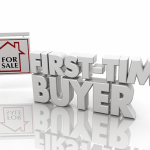