It’s a good time to be a homeowner: Nearly two-thirds of housing markets across the country saw home prices at all-time highs in the fourth quarter of 2017, the National Association of REALTORS® reported Tuesday.

The national median existing single-family home price in the fourth quarter was $247,800, up 5.3 percent from a year ago. Ninety-two percent of the markets measured by NAR saw an uptick in single-family home prices. Twenty-six metros—or 15 percent—saw double-digit increases. Home prices are now at their all-time high in 64 percent of the markets NAR tracked.

“A majority of the country saw an upswing in buyer interest at the end of last year, which ultimately ended up putting even more strain on inventory levels and prices,” says Lawrence Yun, NAR’s chief economist. “Remarkably, home prices have risen a cumulative 48 percent since 2011, yet during this same time frame, incomes are up only 15 percent. In the West region, where very healthy labor markets are driving demand, the gap is even wider.” 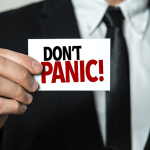 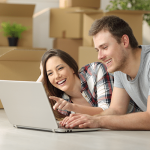 Most Buyers Actively Trying to Get a Home Have Been Searching for 3 Months+Agents, Buying a Home, Market Trends, Marketing, Real Estate 101, real estate news
Call Now